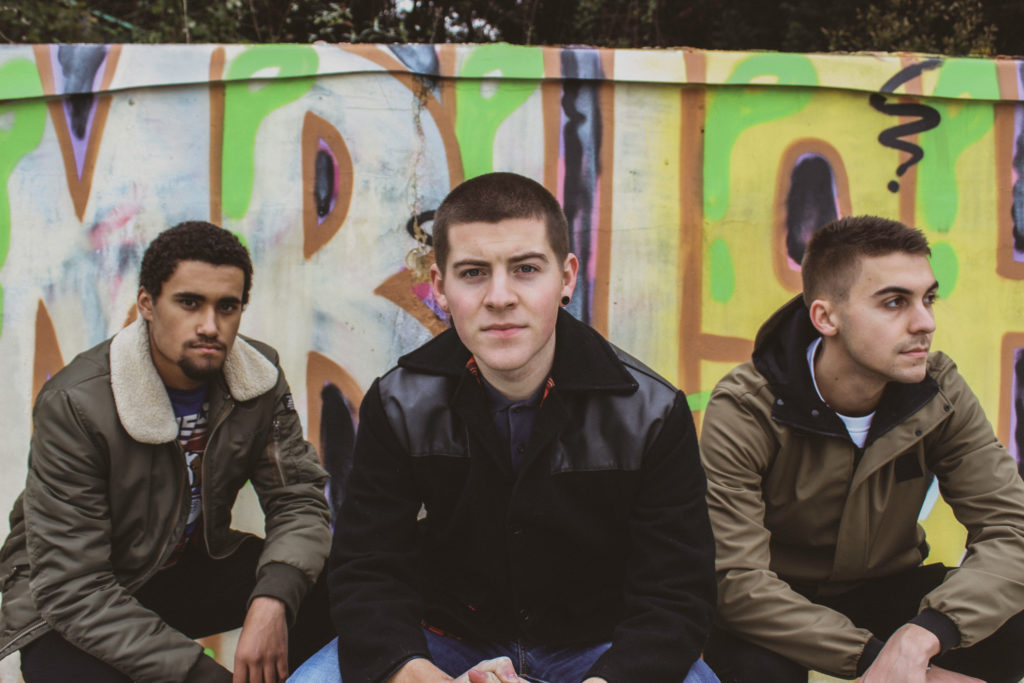 Isle of Wight street punks Grade 2 will release their third album and Hellcat debut, Graveyard Island, on October 11th. The album was recorded and produced by Rancid’s Tim Armstrong at Armstrong’s Shiprec Studios and mixed by The Interrupters’ Kevin Bivona. Today, the band unveils the video for Graveyard Island’s title track.

Grade 2 is vocalist & bassist Sid Ryan, vocalist & guitarist Jack Chatfield, and drummer Jacob Hull. Formed in 2013, the band met at school where they would spend their lunch break playing covers of classic punk tunes together in the music room. Since their formation, the band has released several EPs and two studio albums; Mainstream View (2016) and Break The Routine (2017).

While touring, the band met Lars Frederiksen (Rancid) who took an interest in Grade 2 and ultimately played some of their music videos to his bandmate Tim Armstrong. Armstrong liked what he saw and not only agreed to produce the band’s forthcoming record but signed them to Hellcat. Last December, Grade 2 flew to Los Angeles, and, over the course of two weeks, tracked the dozen songs that comprise Graveyard Island. “He’s one of the most efficient people we’ve ever worked with. He knows exactly what he wants. In the studio, he wanted to capture how we sound onstage, so we were tracking songs live with a scratch vocal,” vocalist/bassist Sid Ryan said on working with Armstrong.

Graveyard Island offers proof that punk rock is still as relevant in 2019 as it was in 1976. “Although we’re more than forty years on from when punk began, I actually think the times are very similar now to how they were back then,” says Sid Ryan. “The political climate today means that people see the worst in everything, which means that for us there’s a lot to write about. Everything in the country is pretty much turning to shit! There are certain parts of our record that would make sense were it released in 1976.”