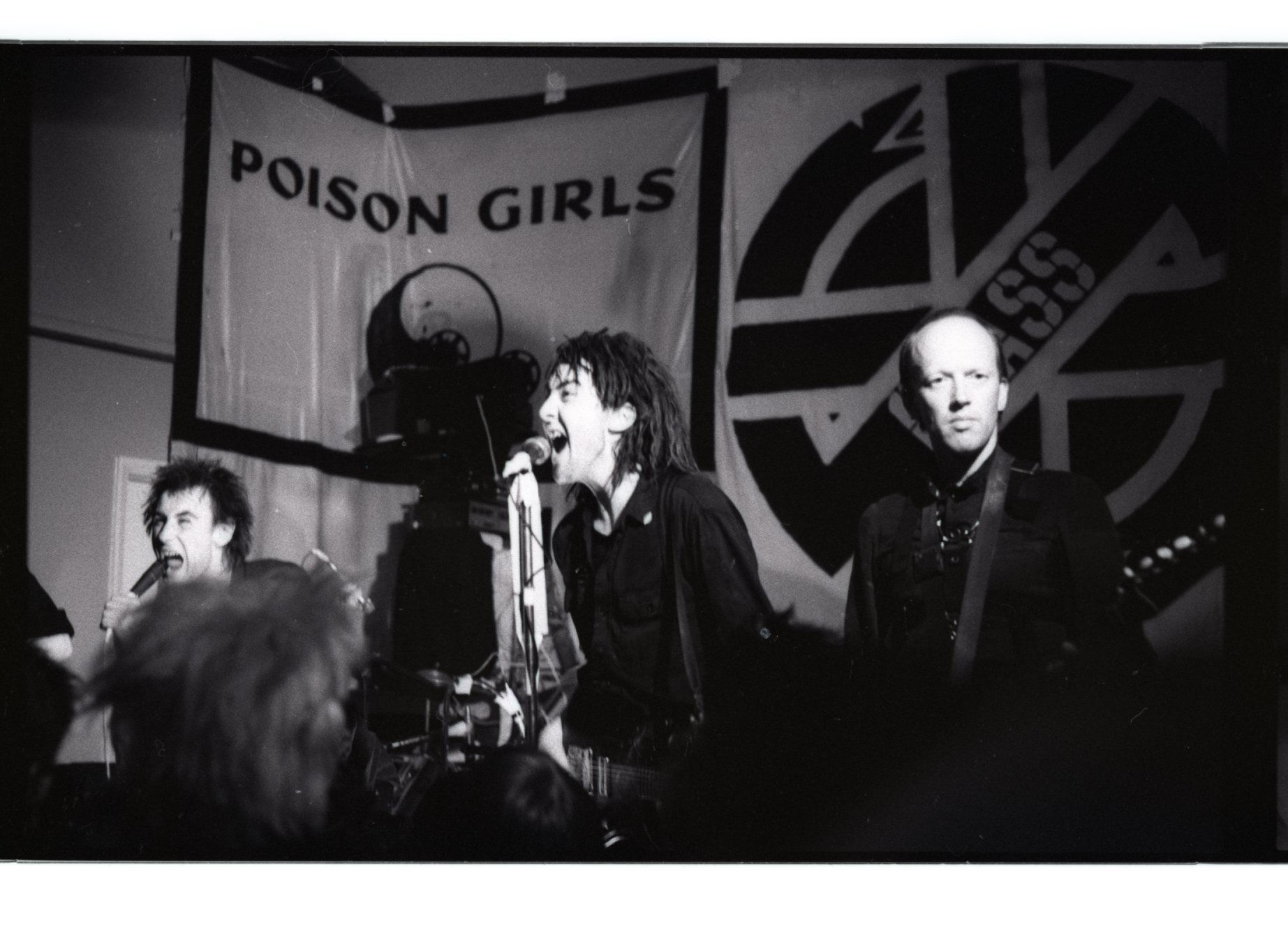 CRASS – THE FEEDING OF THE FIVE THOUSAND REMIX PROJECT

Late last year, anarchist punk icons Crass took the step of making the original separate track stems of their seminal debut album ‘The Feeding of the Five Thousand’ available as a free download on One Little Indian Records. With a call to take the original sixteen track recording in its pre-mix state, the intent was for people to create their own remixes and interpretations and breathe fresh life and ideas into this revolutionary music.

First released in 1978, ‘The Feeding of the Five Thousand’ pre-empted rap and grime in its hard-on-the-beat, fast fire, uncompromising lyrics and the iconic sounds and messages are ripe for reinterpretation. Crass encouraged people to rip apart the sound and ideas and create something new, then send the files to Crass Records for future releases and charitable projects. The message is DIY like it never was before. “Yours for the taking, yours for the making,” Crass said. “You do it, we’ll stew it. Mix it backwards, forwards and upside down. Turn up the heat and fix it with a downbeat, bring in the trumpets and let ‘em blow, let the piper call the tune to let us all know, it’s up to you to do what you like with it. The only limitation is your imagination.”

The response was fantastic with close to one hundred submissions from professionals, amateurs, do gooders, do badders, DIYers and give it a tryers twisting and morphing the sounds.

The first results of this creative process are ready to be heard and released in the form of a twelve-inch EP (alongside a limited 1000 red vinyl pressing) of remixes by producer and XL Recordings honcho Richard Russell under the guise rLr, who tackles and further subverts the anti-war anthem ‘They’ve Got A Bomb’, turning it into a stuttering, rhythmic rattle, whilst Boston, Massachusetts experimental synth-pop artist Glasser takes aim at ‘Do They Owe Us A Living?’ and takes the original songs simple, direct messaging into entirely different realms of rhythm and distortion.

“Crass is a great example of futuristic art and lifestyle; anchored in communal ethics and collective spirit, moving beyond mere defiance of authority and into radical ideas of love and creativity,” explains Glasser. “I’m so glad I had the chance to play around with their recordings. It’s basically the best gift a fan could get from the artists they admire.”
Crass founder Penny Rimbaud can be heard HERE talking to Richard Russell on NTS Radio on his monthly ‘Making A Mixtape’ radio show, talking through the remixes and selecting a suitably eclectic range of music.

Watch the video for ‘Bomb’ – the rLr remix HERE:

All monies raised from the project will go to the charity ‘Refuge’ – http://www.refuge.org.uk/

Crass are still accepting contributions to the project with the final date for submissions being August 1st. “But don’t let that stop you,” say Crass. “Make your own album of it and get it out there but let us know if that’s what you’re up to. We’re all in this together. It’s you who makes the world around you, the mix is all yours. Tell it loud, tell it proud.”