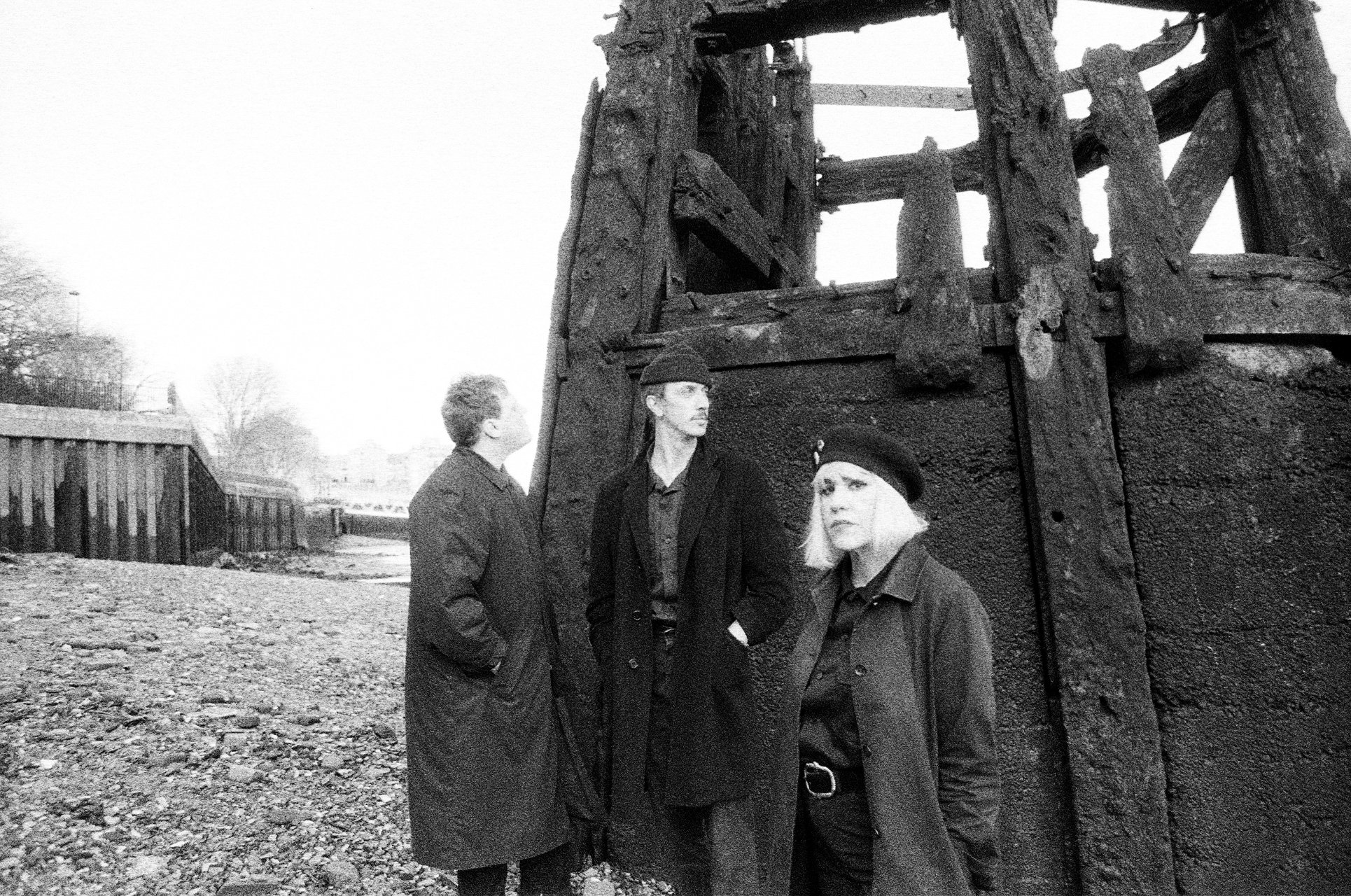 London-based experimental punk trio Girls In Synthesis are set to release their debut album ‘Now Here’s An Echo From Your Future’ on 28th August via Harbinger Sound, originally scheduled for release in May but put back due to the current pandemic. The band are caustic and confrontational and are considered by many to be the most exciting underground band in the UK.

With the punk tag not quite fitting, the group have acquired a broad range of influences; disco and dub can be found rooted in the rhythm section whilst bands such as Crass and Flipper have informed the atonal guitar dissonance.

More of a collective than a conventional band, the group and their collaborators have created all their own artwork, videos, photos as well as the records themselves, truly embodying the original meaning of DIY. Non-musical projects have included a long sold out and collectable series of lyric and poetry books, a month-long photography exhibition at Lomography in London and also run a regular postal mailing list for fans, Redux Faction.

In early 2020 the white heat punk blast of ‘Pressure’ was released and provided the first caustic taste of the forthcoming ‘Now Here’s An Echo From Your Future’ album. This release was followed by the torrent against mass media manipulation in ‘The Images Agree’ and now Girls In Synthesis have ushered in their next aural attack with new single ‘They’re Not Listening’, taking aim at career politics and the whims of government playing with the lives of people and their vulnerabilities. The track is a musical mix of screaming, staccato guitars, thudding drums and a spacious dub-influenced bass line, it could be seen as the harshest single taken from the forthcoming debut so far. The song also sees the return of the GIS videography arm, Soft Surface, creating a bleak black and white performance video which is as accurate a portrayal of the group live as possible in a staged setting. With Covid putting the block on people witnessing the groups’ incendiary live performances for the time being, the video will come as a welcome refreshment of the live show the band are infamous for.

Watch the video for ‘They’re Not Listening’ HERE:

With a UK tour scheduled for October and more UK and EU dates lined up for Spring 2021, this is the most critical period for Girls In Synthesis. A time to prove that the hype over their early  releases was well deserved. With other bands wearing down their rough edges and sanitising their anger, Girls In Synthesis can truly be classified as the most important underground band in the UK.