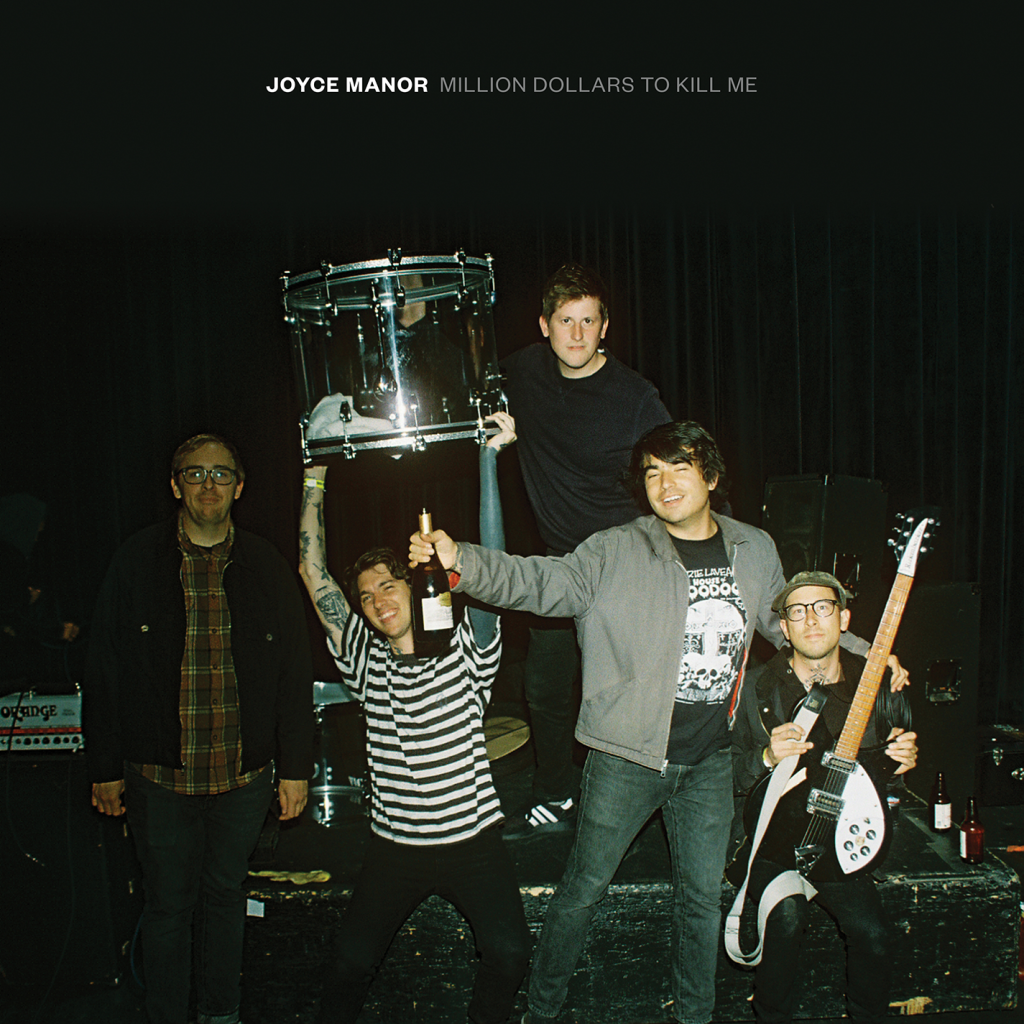 While Cody focused on growing up, Million Dollars to Kill Me looks at what happens next: reckonings with love, money, doubt, confusion, and the hope that persists despite it all. Throughout the album, Joyce Manor augment that tension with their layered guitar work: Knobbe’s uncommon ability to make songs sound sadder and tougher at the same time, Johnson’s flair for mixing minor and major chords to invoke a precise kind of overpowering melancholy.

Co-founded by Johnson and Knobbe in L.A.’s South Bay, Joyce Manor released their self-titled first album in 2011. The band made their Epitaph Records debut with Never Hungover Again, a 2014 effort that Pitchfork hailed as “their most ambitious and diverse album, as weird as it is instantly enjoyable.”

MILLION DOLLARS TO KILL ME TRACKLIST: