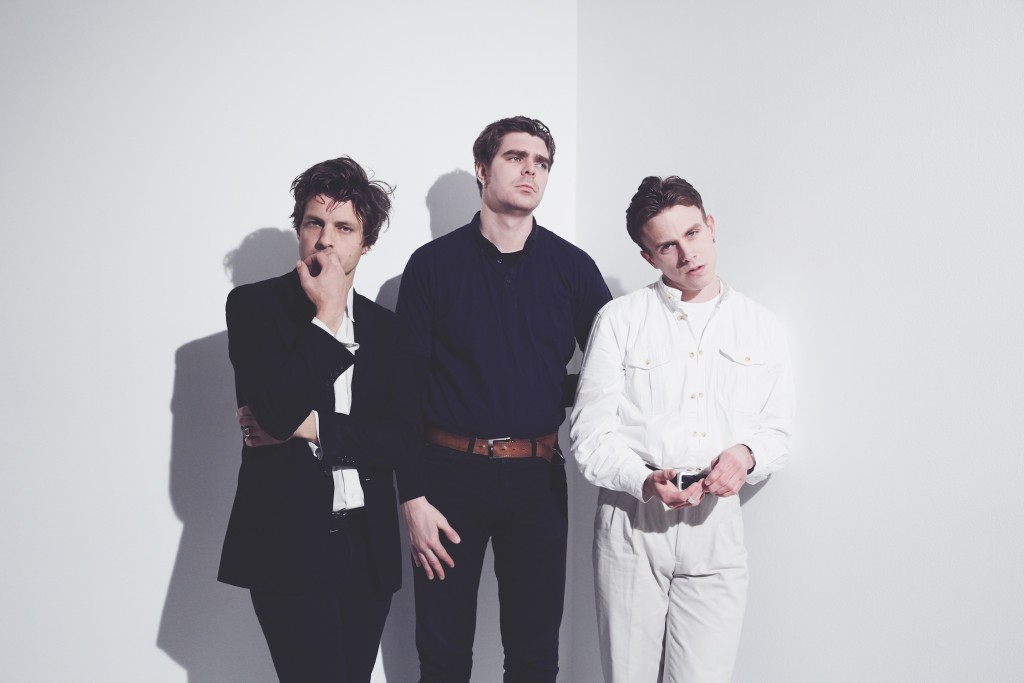 Currently streaming as DIY Magazine‘s Neu Pick, ‘Bury The Heart’ is the strident first cut and arrives, “dark, unrelenting and absolutely brutal.” Check it out here.

TRUST sees Less Win in the throes of an instinctive and free-form approach to rock music, transcending the connotations and clichés that come attached to ‘post-punk’. Here, pianos sound like sledgehammers, and saxophones like wailing widows. Strings are a haunting undercurrent, while the vocal scope of Casper Morilla and Patrick Kociszewski sounds crystal clear above the trio’s treacherous atmospherics – sang just a breath away from the deranged.

Their frenetic live show has built a strong reputation in the Danish underground and the scenes of Germany, France and Benelux, and 2015 saw their first steps into the UK with the Further EP release. “A four-song nail bomb” said the NME, whilst Stereogum likened their “harrowing howls” to “a lost lo-fi Mission Of Burma classic”, alongside praise from Clash, Loud & Quiet, Punktastic and more.

Having shared stages with the likes of The Men, Lower, Crystal Stilts, Drenge, Lust for Youth, Yung, Iceage, Spray Paint, First Hate and many more, Less Win will embark upon a UK tour this coming June with The Bodies on the dates below with more TBA.