Fight the Good Fight was produced by longtime collaborator, Rancid frontman, and Grammy Award-winning producer Tim Armstrong with the band at Ship-Rec Recorders in Los Angeles. The album was mixed by Grammy-award winning mixer Tom Lord-Alge (Blink-182, Fall Out Boy, Weezer). Pre-orders for Fight the Good Fight are available at wearetheinterrupters.com.

The first single shared is “She’s Kerosene” an intense but triumphant track featuring The Interrupters’ quintessential upbeat sound. In the track, frontwoman Aimee reflects on breaking free from narcissistic abuse (“I really hope when people listen to that song, it helps them feel empowered to leave a toxic relationship,” Aimee says).

The follow-up to 2015’s Say It Out Loud, Fight the Good Fight finds The Interrupters delivering their two-tone-inspired, powerfully melodic, punk-fueled sound with more vitality than ever before. With Armstrong and Alge at the helm, Aimee and the Bivona brothers channeled the raw energy of their lives shows by recording almost entirely to tape. “There’s a certain feeling you get from that process that you can’t really get digitally,” says guitarist Kevin. “There’s no overthinking anything—everyone’s got to be fully present and committed. It was definitely high-pressure, but also really fun.”

The Interrupters are performing at the Punk in Drublic festivals across the US. On July 14, the band will join the final run of the US Vans Warped Tour this summer in support of Fight the Good Fight.

Formed in 2011, The Interrupters came together when the Bivina brothers (guitarist Kevin Bivona, bassist Justin Bivona, drummer Jesse Bivona) found themselves on bills with Aimee during a 2009 tour. With their self-titled debut arriving in 2014, the band soon shared stages with bands like Rancid, Blink-182, and Bad Religion. The Interrupters embarked on a world tour in support of the release, headlining their own shows as well as supporting Green Day in Europe, Australia and South America, solidifying the band’s status as a dynamic force on the stage. 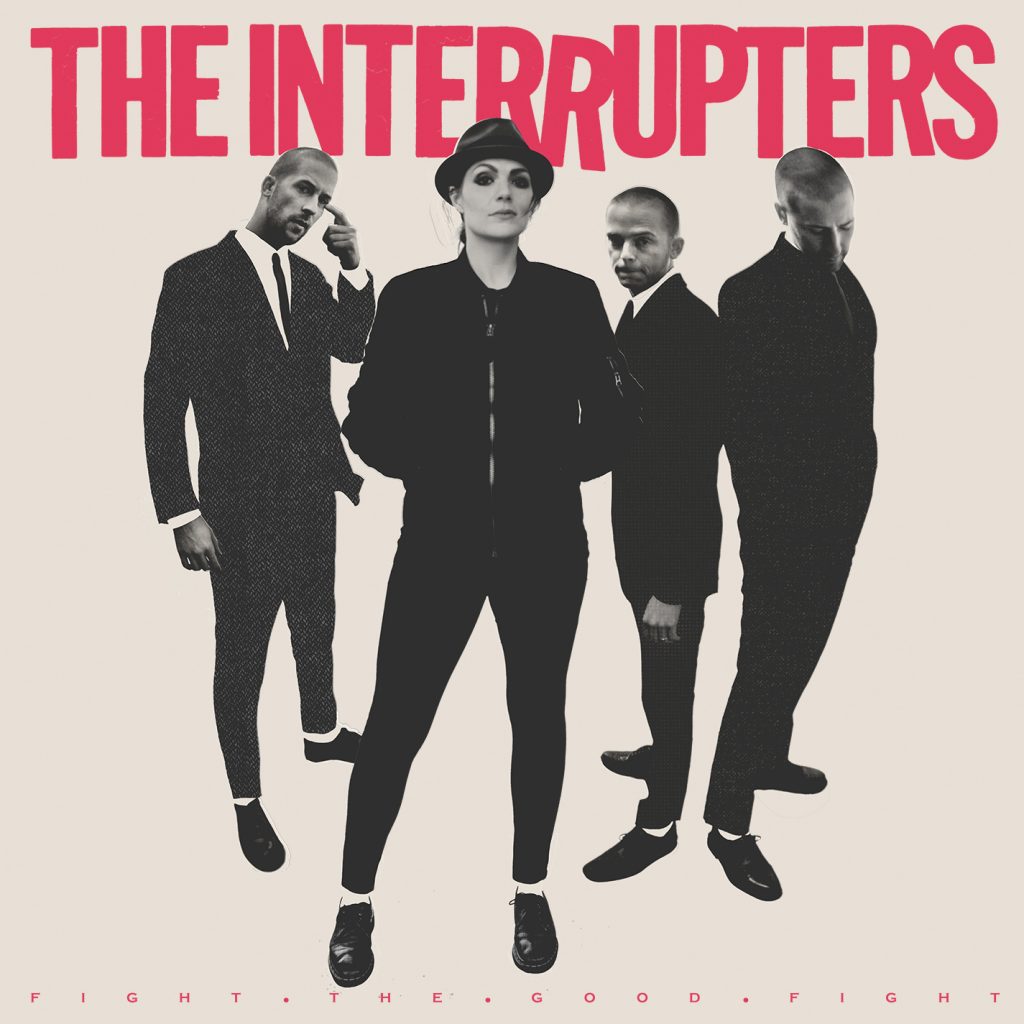