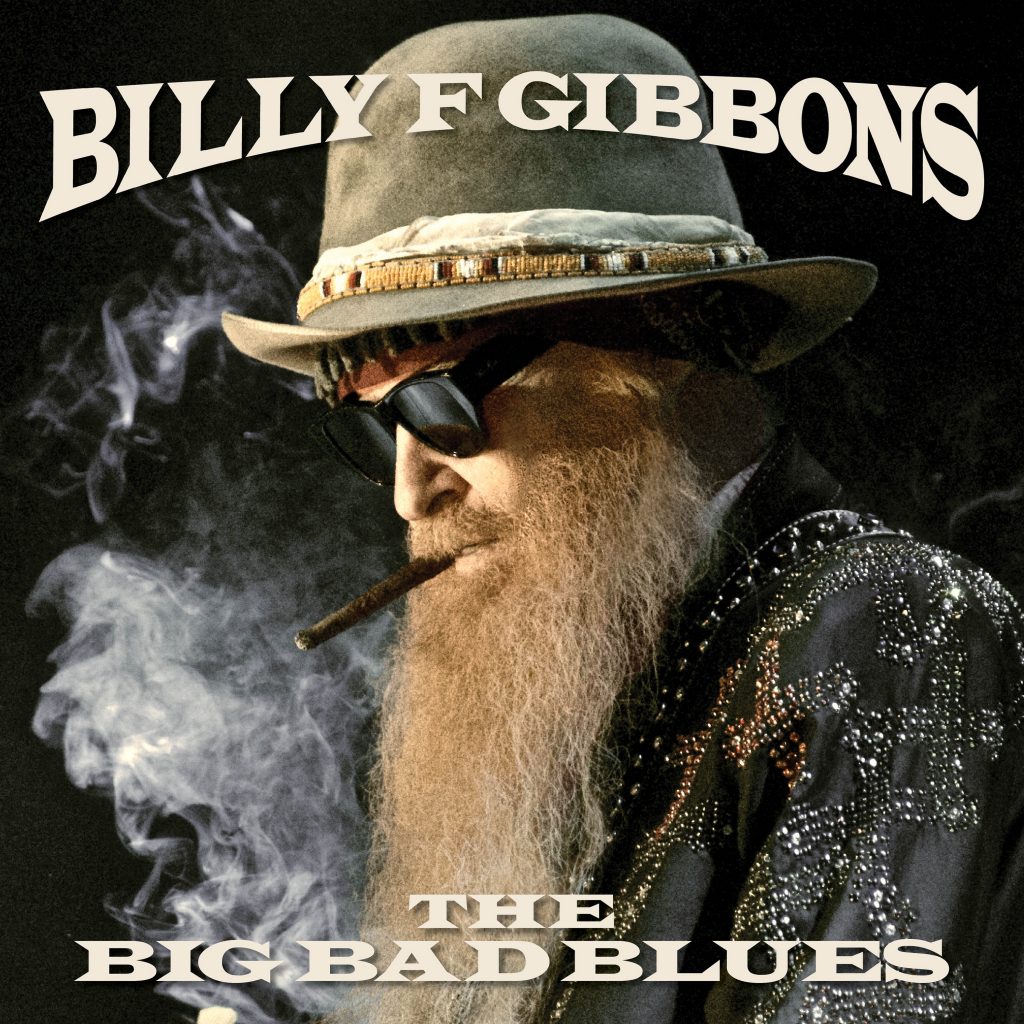 With his signature beard and African headgear, Billy F Gibbons is instantly recognisable. He’s best known as the centrepiece and one third of ZZ Top, the band that came together in 1969 and has stayed part of the American musical landscape ever since – the longest running major rock band still composed of its original members.

In 2015, Concord Records released Billy’s debut solo album, the Afro-Cuban flavoured ‘Perfectamundo’, which was followed by performances at the Havana Jazz Festival. Now, its follow-up comes in the shape of ‘The Big Bad Blues’, released September 21st via Snakefarm Records.

Co-produced by Billy and Joe Hardy, and put to tape at Foam Box Recordings in the former’s hometown of Houston, it is just as the title suggests – a lovingly crafted collection fuelled by Billys’ lifelong love of the blues and rock ‘n’ roll, showcasing the unique vocals and guitar licks that have together informed his numerous hits over the past five decades.

The record features 11 tracks balancing classic covers, like Muddy Waters’ ‘Rollin’ and Tumblin’’ and ‘Standing Around Crying’, with some of Billy’s signature new blues originals, all recorded by a stellar line-up of musicians including Hardy on bass, Matt Sorum (Guns N’ Roses/Velvet Revolver/The Cult) and Nashville session great Greg Morrow on drums, and Austin stalwart Mike ‘The Drifter’ Flanigin on keyboards; blues harp (harmonica) duties are handled by James Harmon as well as Billy who, of course, is the album’s vocalist and guitar slinger nonpareil.