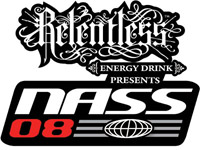 Presented by Relentless Energy Drink, this festival will have stomping live sets from many acts including Pendulum, Does It Offend You Yeah?, The Subways, Less Thank Jake, Eddy Temple Morris and also some great skateboarding, BMX + more.

The electric presence of Ida Maria keeps growing in press circles. This week the making of Ida’s new video for single ‘Queen of the World‘ is  exclusively featured on the  MySpace UK music page. 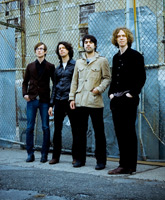 The much loved 4 piece return to the UK for 3 dates in May and have new songs that are epic!

Those who have yet to experience Russian Circles can get ready to be dazzled, expect a concoction of metal trimmings, minimal jazz primers, cryptic riffs and lumbering layers of chiseled post rock and feathery psychedelic infusions have both revved and enticed the listeners into mental orgasms the world over.

Their self titled and self released EP from 2005 sold out shortly after their initial pressings. It wasnt long before their 2006 debut long player, Enter, dropped with a booming impact and saw them sharing the stage with the likes of Tool, Dalek, Daughters and Pelican.

And now comes Russian Circles second full length album entitled Station. Produced by Matt Bayles, Station is due for release on May 6th 2008 on Suicide Squeeze Records. Joining Sullivan and Dave Turncrantz (Drums) on the recording was These Arms are Snakes / Botch bassist Brian Cook with Morgan Henderson of The Blood Brothers also lending his skills on double bass to the track Xavii.

While Russian Circles are picking up where they left off with Enter, Station is guaranteed to be a new passage for a band already known for paving their own unique paths of sonic tundras that jolt the mind and body and will not only leave its mark on 2008 but on the future influence of music as a whole.

Enter Torche, the four-pronged Floridian Riff Colossus who have steamrolled their way across the international underground.

Led by vocalist/guitarist Steve Brooks (formerly of doom dropouts Floor) and featuring the myriad talents of drummer Rick Smith, bassist Jonathan Nuñez and guitarist Juan Montoya, Torche are set to released their stonker of an album Meanderthal on Hydra Head Records in 2008 following their self-titled debut in 2005.

Call it the bands second official full-length and follow-up to last years six-song mini-epic In Return, released exclusively on hallucinogenic vinyl. Call it the latest and greatest bomb-string stoner pop/thunder rock/doom pop classic from Torche mastermind Steve Brooks and his fellow hook heroes. Call it the sweetest, catchiest, hugest riff colossus since Sky Valley. Shit, call it Album Of The Year if you want. Thats what were going with, anyway!

Having had both the underground and mainstream press with their hands halfway down their pants just thinking about listening to Torche, the band have been immediately lauded as giants among men, leaders among sheep, and powerbrokers of a deadly new sonic idiom founded upon Brooks signature bomb-string detonation-detune. 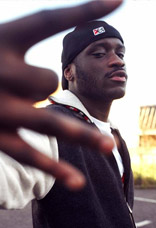 Atmosphere are gearing up for the release of the new album When Life Gives You Lemons… by bringing in shining reviews of their lead single Shoulda Known from Style 43, 3 Bar Fire, Beat Surrender, Monkey Boxing Empire and Daily Dischord. An in depth interview with Hip Hop Kings also went live this week. Their print campaign starts next week.. 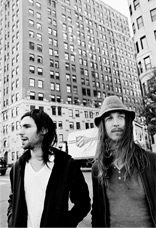 We are proud to welcome Chicago duo Russian Circles to our roster whose new album ‘Station‘ on Suicide Squeeze Records is a magnificent guitar mangled head trip that defies pigeonholing.

Post rock with feathery psychedelic infusions? You got it.

moby was born in new york city, but grew up in connecticut, where he started making music when he was 9 years old. he started out playing classical guitar and studied music theory, and then went on to play with seminal connecticut hardcore punk group ‘the vatican commandoes’ when he was 14. he then played with post-punk band ‘awol’ while studying philosophy at the university of connecticut and suny purchase. he started dj’ing while attending college, and was a fixture in the late 80’s new york house and hip-hop scenes, dj’ing at clubs such as mars, red zone, mk, and the palladium.

he released his first single, ‘go’ in 1991 (listed as one of rolling stone’s best records of all time), and has been making albums ever since. his own records have sold over 20,000,000 copies worldwide, and he’s also produced and remixed scores of other artists, including david bowie, metallica, the beastie boys, public enemy, among others.

moby has toured extensively, playing well over 3,000 concerts in his career. he has also had his music used in hundreds of different films, including ‘heat’, ‘any given sunday’, ‘tomorrow never dies’, and ‘the beach’, among others. 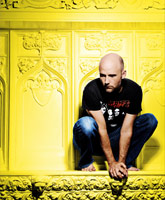 Moby has geared up for the physical release of his new album Last Night by being featured on Gigwise, Music OMH and Play Louder this week.

News of his huge IndigO2 show has been featured by Mixmag, Yahoo, Harder Faster, I House U, Dont Stay In and Til Late.