As well as topping the Kerrang! Critics’ poll as Album of ’09 and getting numerous year-end list mentions, Gallows earned a spot in Metro‘s Albums of The Year today. They describe ‘Grey Britain’ as “a bleakly evocative yet exhilarating LP that dragged you kicking and screaming into the next decade.”

The band far re-united in 2008 for some live shows and to record a new album! We had no idea all this would happen, says vocalist Jonah Matranga. We were just planning on getting to know each other again and playing a few shows, in between everything else weve got going on. But now, all of a sudden, the songs are coming, and it feels really good. All weve ever promised as people and as a band is that whatever we put out, whenever we come around, were gonna mean it.

far got their start in Sacramento in the early 90s and released four full-length albums before disbanding in 1998  the same year that ‘Water & Solutions’ was released  an album that Alternative Press magazine named as one of the most influential records of 1998.

In October 2008 far announced the original lineup would reunite for a few UK dates. Meanwhile, the band booked two LA-area warm-up dates under the pseudonym Hot Little Pony in order to deflect attention while they got used to playing together again. They even went so far as to create a MySpace page under the fake name and recorded a cover of a longtime favorite song of theirs, Ginuwines R&B hit, Pony, to offer as a free download. Thats where things got interesting.

Fans downloaded Pony so frequently that their website traffic soared. Pony started getting play on the biggest modern rock radio stations on the west coast  including Live 105 (San Francisco), 91x (San Diego), KROQ (Los Angeles) and KWOD (Sacramento). The bands management team at X Management mobilized to spread the word on Pony and now the track has sold over 23,000 digital copies on iTunes and is downloaded up to 19,000 times a day on P2P networks.

We’re stoked to announce that the legendary rock band that is far have joined us for a campaign on the forthcoming UK release of ‘Pony’. Yes, it’s a cover of the Ginuwine classic. And it rules.

To round off a spectacular 2009 for The Gaslight Anthem, their album ‘The ’59 Sound’ has been certified silver in the UK! Now to do it all again in 2010 with their new record! 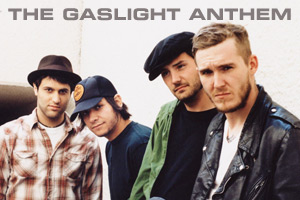 D&B master Sub Focus has joined the Division family for online press. Watch out for his amazing new single Could This Be Real, out on January 18th. It’s a banger and there’s plenty more to come!

Another addition to our expanding dance side of the family are Dutch kingpins Noisia who join us for online press. A new album is coming in 2010 with a huge single out beforehand to get everyone hyped. Watch this space, it’s going off!

Congrats to our bands who comprise a quarter of Kerrang! Magazine Critics’ Choice Top 20 0f 2009. Gallows‘ stunner ‘Grey Britain’ was voted #1 with Converge hot on their heels at #7, Enter Shikari at #12, The Ghost of A Thousand #16 and Placebo #19.

Currently on a UK Tour with Set Your Goals, Broadway Calls took some time out to record and exclusive acoustic session on film for www.punktastic.com. Check it out here.

THE STUPIDS are back! The band that were the pioneers for a whole UK scene have reformed, and produced not only their first new album in 21 years, but arguably their most complete album ever. This isnt a tired old rehash living on former glories  THE STUPIDS are back, and are stronger than ever!

2009’s limited edition Feel the Suck single sold out its first pressing via mailorder only in 3 weeks and received brilliant reviews in the press all round. Album THE KIDS DONT LIKE IT took almost a year to make, and features 16 new tracks that stand proud alongside their illustrious back catalogue.

Archetypically STUPIDS, but the STUPIDS for the 21st century sounding fresh and bang up to date  its like the last 2 decades never happened. As one reviewer commented  this is a first  a band that comes back, but comes back a stronger band than before

The legendary Meat Puppets signed to Megaforce Records in 2009 to release album ‘Sewn Together’. Recorded at The Saltmine in Phoenix, Arizona in winter 2009, the album features the Kirkwood brothers, Cris and Curt, with drummer Ted Marcus.

The highly influential Meat Puppets started as a punk rock band, but established their own unique style, blending punk with country and psychedelic rock. The Meat Puppets later gained significant exposure when the Kirkwood brothers served as guest musicians on Nirvana’s MTV Unplugged performance in 1993. The band’s subsequent album Too High to Die went gold, selling over 500,000 albums, and became their most successful release. The band reunited in 2006.
Everyone from Nirvana to Pavement to Stone Temple Pilots cite The Meat Puppets as one of the most significant American bands.