Blood Brothers may have betrayed their blood oath by breaking up, but the spirit of that raucous Seattle act lives on in Jaguar Love. Despite being mainly based in Seattle and Portland, the duo basically live on the road and have played live with the likes of Nine Inch Nails, Queens of the Stone Age (Rob Pope of Spoon played based for JAGUAR LOVE on a recent tour), TV on the Radio and more.

Hologram Jams  is the first Jaguar Love album to feature the bands stripped down and rebuilt from the ground up two-piece line up of Johnny Whitney (Vocals, keys, drum machines) and Cody Votolato (Guitars, vocals, drum machines), both formerly of the late, lamented Blood Brothers. Cody and I have always had a strong bond, both creatively and as friends – and working on this album together was the most productive, free flow of ideas I have ever been a part of, said Whitney.

During their short career so far the bands inimitable sound has inspired the folks at Matador Records, who signed one album and an EP, as well as Fat Possum, who have now signed them to a worldwide deal.

The Gaslight Anthem have just announced that their London headline show on 26th June has been upgraded from The Foum to Brixton Academy. Mass singalongs incoming! 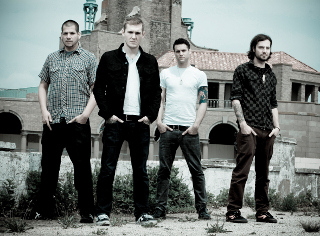 We The Kings‘ new single ‘Heaven Can Wait’ is released next week and the ace music video that accompanies the track has been doing some serious rounds online. Following an exclusive premiere feature on MySpace, it has been posted on many a site this week including Kerrang! and Sugarscape. 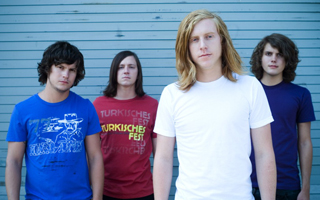 Since the release of their first album for SideOneDummy ‘The ’59 Sound’, New Jersey’s The Gaslight Anthem have toured the world and performed at major festivals including Coachella, Rock Am Ring, Glastonbury, Pinkpop, Lollapalooza, Reading and Leeds, Hyde Park Calling, Fuji Rock, Hurricane, Gurten and Roskilde. Legendary performances at Glastonbury and Hyde Park saw them perform on the same stage (at the same time) with none other than Bruce ‘The Boss’ Springsteen himself.

THE ’59 SOUND was named one of the best albums of the year in 2008 (and, in some cases, the decade) by NME, Kerrang!, Q Magazine, VISIONS, Rock Sound and Big Cheese, and the band won the “Best International Newcomer” award at the 2009 Kerrang! Awards as well. Both Rock Sound and Kerrang! have been tireless supporters, giving the band cover features early on in their career.

This is so up my street Eddy Temple Morris (XFM)

The best cyberpunk riot since The Prodigy The Metro

Rising against the mainstream hype-machines, crowds of the nameless and faceless writhe and twist to undeniable unique sound of SUBSOURCE as it rages out of soundsystems in sweat drenched rooms across continents. The snarl of punk, the oscillating sub bass of dubstep, the relentless ferocity of drumnbass and metal get chewed up and spat out amongst electronic glitches.

This beat and bass driven live punk rock act make ravers throw shapes, rockers bang heads, and rude bois throw their hands in the air. With regular tours as far reaching as China and everywhere in between, a solid ever increasing fan base, and the completion of their most exciting recordings to date, SUBSOURCE are proving to be ones to watch in 2012.

In addition to their live reputation and award nominations for festival performances their sound has been heard across the mainstream and pirate radio waves and in synced from everything from video games to TV. This summer saw the completion of ‘SUBSOURCE  A Dubumentary’ showing the small wins and big losses of breaking an underground band on their journey across Europe and is currently touring film festivals.

Not just content with being a live act check out their impressive Resmashed series, SUBSOURCE refix classic tunes Testify (RATM), Breed (Nirvana) and Toxicity (SOAD) racking up tens of thousands of hits, smashing there way round the blogs and dancefloors alike.

Everyone is keen to have a little bit of the SUBSOURCE sound with them and supports have ranged from Skindred, Sonic Boom Six and Enter Shikari to Dizzie Rascal, Example and Dreadzone and studio sessions with Far Too Loud, Jurassic 5 and The Prodigy.

The Smoking Hearts have scored an introductory piece in the new edition of Terrorizer magazine. Check it out now! 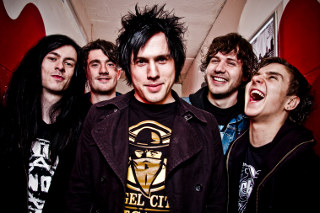 Priestess continue to rack up the stunning reviews to match their stunning album with great write-ups appearing in the latest issues of Q, Kerrang!, Terrorizer, Power Play and Total Guitar. 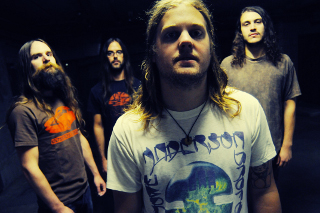 Alberta Cross get an introductory write-up in this month’s Total Guitar which describes them as “infusing their indie rock sound with classic Southern rock and gospel.” 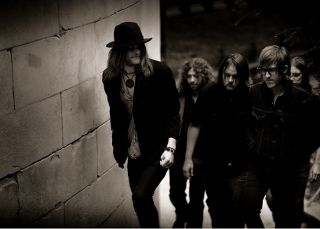 Red Sparowes are now in the Division family, with the release of their album The Fear Is Excruciating,  But Therein Lies The Answer in April. Get in.

Priestess score a great KKKK review in this week’s Kerrang! for second album ‘Prior To The Fire’ with the esteemed rock magazine proclaiming it “a belter”.