The Kerrang! Awards was an amazing night out and has left us very hungover! 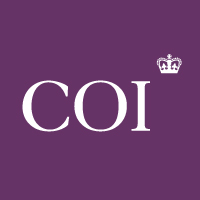 Although the UKs premier Zombie metal band are set to stop eating brains and call it a day at the end of their September tour of the UK, since 2001 this motley collection of walking un-dead zombies known as Send More Paramedics have thrilled the metal media with their high-speed retro thrash metal, gore-splattered live shows and three glorious albums on In At The Deep End Records.

May they finally rest in piece and stop twitching.

Spoon dropped into London last week for two sold-out shows leaving audiences in little doubt as to why new album Ga Ga Ga Ga Ga created such a commotion amongst the UK press.

Q Magazine, Uncut, Daily Mail, The Express On Sunday, The Guardian and The Sun all ran articles on the band.

Division have had a great online PR week on MySpace this week.

Gallows, Calvin Harris and Zico Chain all have featured videos on the music home page.

Its going to be a hell of a night for Division!

Emigrate is the brainchild of Rammstein guitarist Richard Kruspe and although it shows the distinctive musician attempting something outside of the normal confines of his day-job, it is not, as such, a dreaded solo record. Instead, Emigrate is a project very close to Richards heart and is treated as another band rather than an expanse of his ego released on Pilgrim/Motor Music/Pias.

Anticipation for the record was already high within the UK rock media, with Metal Hammer giving the band a lead feature and Rock Sound calling it Fun, full on, guitar rock that is quite different to his day-job.

Here is a list of print press that we have achieved to date;

Oxbow have been creating confrontational, abrasive and challenging music since 1990 and the 2007 release of The Narcotic Release on Hydra Head Records is no different.

Continuing to push their music into new and fresh areas, the albums unsettling vibe captured the imaginations of music critics across the UK as Time Out, The Wire, Terrorizer, Kerrang!, Rock Sound, Tuned and NME among others cued up to heap praise upon the band.

A lean, mean and thrillingly moody exploration of the ways in which art punk, free jazz, textured soundscapes and sludge/psych rock might combine  brilliantly and with a surprisingly degree of swing, in fact, said Time Out. Nice.

The Klaxons love them. Bloc Party say they’re the only rock band worth listening to. Gallows adore them. They’re the greatest underground rock band that America has spewed up in the last ten years. Yes, we’re talking Les Savy Fav who delivered album Lets Stay Friends through Wichita Records in 2007.

The group’s original line-up, formed in 1995, all met while attending the Rhode Island School of Design in Providence, Rhode Island. The band is known especially for their live shows which are punctuated by the antics of frontman Harrington, and have been known to include the kissing of audience members. After a bit of a hiatus mid-career, the band got back together for All Tomorrow’s Parties festival in May 2007. They also booked studio time in November 2006 to record their fourth full length, ‘Let’s Stay Friends’. 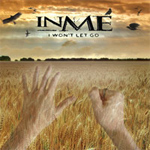 Nothing like a great start to a new campaign.

The brand new InMe single ‘I Won’t Let Go’ grabs single of the Week in Kerrang! this week with a full feature confirmed in the same mag for September.