The Bizarre Winter Ball will rock Manchester and London this year. Acts including The Damned will play, as well as many freaky acts. Details are on NME.com. 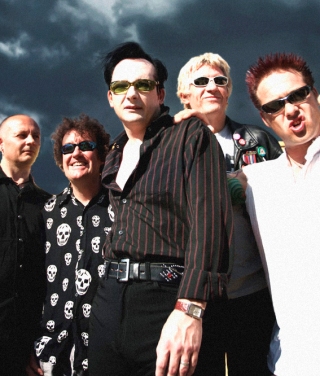 Bad Religion is a punk band from Los Angeles, California, known for poignant, erudite lyrics, and biting social commentary. The band was formed in 1980 by high school students Greg Graffin (vocals), Jay Bentley (bass guitar), Jay Ziskrout (drums), and Brett Gurewitz (guitar). In 1981, they released their eponymous debut EP on their own newly-formed label, Epitaph , managed and owned by Gurewitz. 1982 saw the release of their first full-length album, How Could Hell Be Any Worse?  which gained them a sizable following. During the recording, Ziskrout left the band and was replaced by Peter Finestone.

What followed their debut, was an amazing thirty year career in music spanning 15 studio albums and countless live shows. While their line-up has seen a few changes over the years, what has not changed is their authentic and credible approach to punk rock, which can be traced through the Greg Graffins continually challenging lyrics. In 2010, the band released 15th studio album The Dissent of Man, celebrating the beginning of their third decade as a band. An incredible feat, and were thrilled to have them on the roster for online press.

Former Ghosts is the collaborative synthpop project of Freddy Ruppert, formerly of This Song is a Mess But So Am I. The band is also comprised of Xiu Xiu’s Jamie Stewart, Zola Jesus’ Nika Roza and TEARIST’s Yasmine Kittles. Ruppert is the lead songwriter on this brutally gloomy project, who released their debut album Fleurs on Upset the Rhythm in 2009.

It wasnt until their second album New Love, also on Upset the Rhythm, that Former Ghosts joined Division for print press. This record sees the band move into darker territory still, albeit with a pop sheen that wasnt present on its predecessor. Theres no doubt that Ruppert has continued to grow as an artist with every new release, and New Love is surely his most accomplished work to date.

Pantera have been reviewed in the latest issue of Rhythm magazine, scoring a big 4/5 for their recently re-issued classic  Cowboys From Hell. 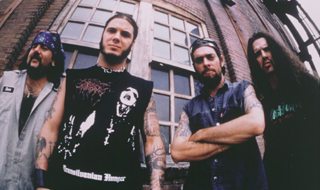 Dani Filth is currently leading a poll to be named Suffolk’s most popular icon. The Cradle of Filth currently has the most views on Suffolkicons.com.

Citing influences as varied as Marvin Gaye, Queen, The Stooges, Elton John and Born To Run-era Bruce Springsteen, Foxy Shazam have been creating unique, genre-defying music since they formed in 2004.  From the anthemic Unstoppable to doo wop power ballad Bye Bye Symphony , the swooning Connect Me, and Rob Cavallo produced, Justin Hawkins featuring Count Me Out,  Foxy Shazam is an amalgam of blues, soul, and brash pop bound by a no holds barred punk-rock aesthetic.

Early in 2010, the legendary Sublime officially announced their return to the stage with new frontman Rome. Their first outing in 14 years, a sold out spring theatre tour run, was followed by a televised performance on Jimmy Kimmel Live where the band showcased their first new song written together, Panic. The band launched their first full scale U.S. tour earlier this summer. In addition to performing Panic on tour, the band has been performing songs from Sublimes back catalog, many of which have actually never been performed live before.

Rome, a 21-year-old northern California native, was introduced to Gaugh and Wilson in 2008. Last year, a handful of jam sessions led to an impromptu show at a small club in Nevada flooring a packed-house crowd. The trio played several further shows together before officially announcing themselves as Sublime With Rome. Rome is currently featured on the chart-topping Dirty Heads breakout single Lay Me Down. Co-written with the band, Lay Me Down broke Billboard chart records holding the top spot for 12 consecutive weeks, as an independent release.

One of the most notable and successful ska-punk bands of all time, Sublime has sold over 17 million albums worldwide with the groups music remaining in constant radio rotation across the country. Influential Los Angeles rock radio station KROQ has listed Sublime as the #3 act in their annual biggest bands list for the last six years in a row with the single Date Rape ranking as the all-time most requested song at the station. To this day, the groups multi-platinum landmark debut album 40oz. to Freedom, lo-fi follow up Robbin the Hood, and multi-platinum self-titled major label debut (a virtual greatest hits set in itself) are all widely regarded as music collection staples. Formed in Long Beach in 1988, Sublimes final performance was in the spring of 1996.

Soon after forming, WHAT NOW quickly developed a strong set of songs; realising they had crafted a sound that could appeal across the board, it was essential for them to take these songs and play them to the masses. Gig offers began to pour in and after a series of impressive shows, they caught the attention of festival promoters and national radio stations. Profiled festival slots and national radio play followed which increased their fan base overnight. WHAT NOW suddenly became one of the hottest bands in SA but naturally felt separated from the rest of the world. They felt drawn to take their band elsewhere to expand the bands popularity internationally.

WHAT NOW relocated to the UK, settled into jobs and took some time out from band duties to become familiar with their new surroundings. In the summer of 2009 the band started to get attention from London industry folk and began to prepare for their debut release in the UK.

The songs which feature on Take Control (the debut EP) are quite simply infectious, melodic and with the ability to appeal to the masses. After one listen youd be forgiven for thinking the tracks were recorded in some fancy London studio… but youd be wrong. The entire EP was made in a bedroom.  The release was produced entirely by the band themselves then mixed and recorded by vocalist/bassist Tyron Layley.

Never shy of embracing the epic, Cradle of Filth have constantly sought to push the boundaries of their art. Whether through elaborately theatrical stage shows (incorporating giant lumbering puppets, fire-breathing dancers, freaks and stilt-walkers from the notorious Circus Of Horrors), provocative merchandise (including the now legendary Jesus Is A C*** t-shirt), breathtaking artwork or the weighty subject matter of their albums (their previous one was a concept album telling the story of a French Lord who fought alongside Joan Of Arc, before embarking on a horrific killing spree), this is a band who have refused to be confined by the labels that have been placed on them.