This month’s press update featuring all of the highlights from the current press roster can now be found here.

Stream this month’s playlist too: 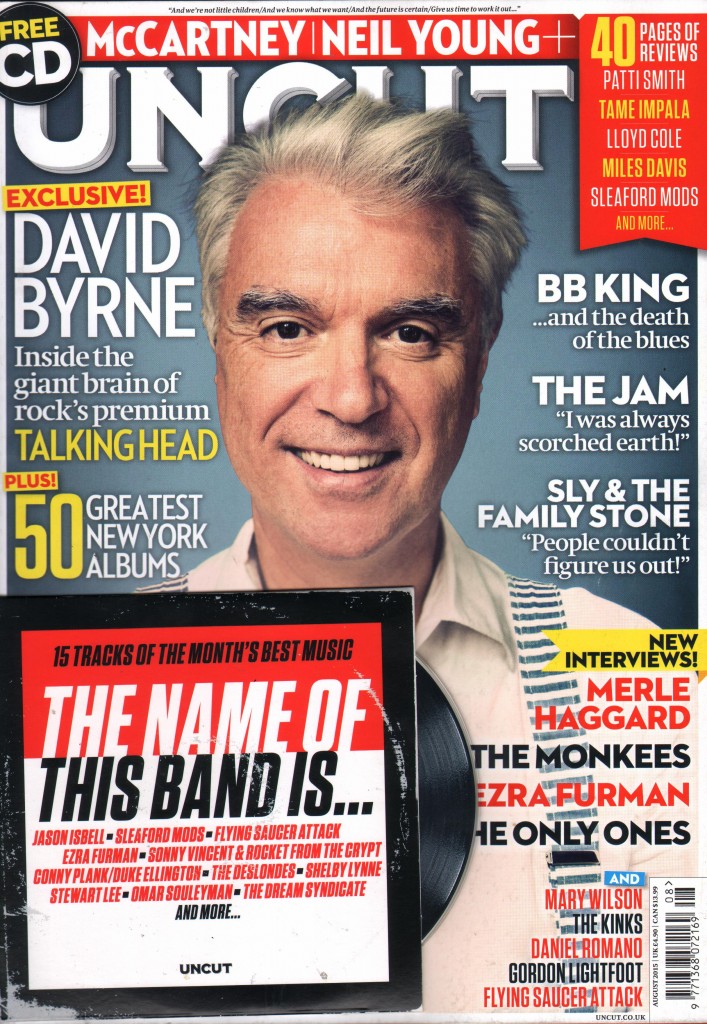 The August issue of Uncut Magazine features ‘Face To Faces’ on their cover-mount CD, a track from the forthcoming new Sleaford Mods album ‘Key Markets’, out July 10th through Harbinger Sound. Read all about the album in their excellent 8/10 full-page review and interview with frontman Jason Williamson, where they call the album “minimal and brutal.”

Classic Rock lead the charge this week, dubbing his first cut ‘Come Calling’ a “fuzzy, howly ‘new blues’ fest with a touch of woozy psych for good measure“. Check it out here. 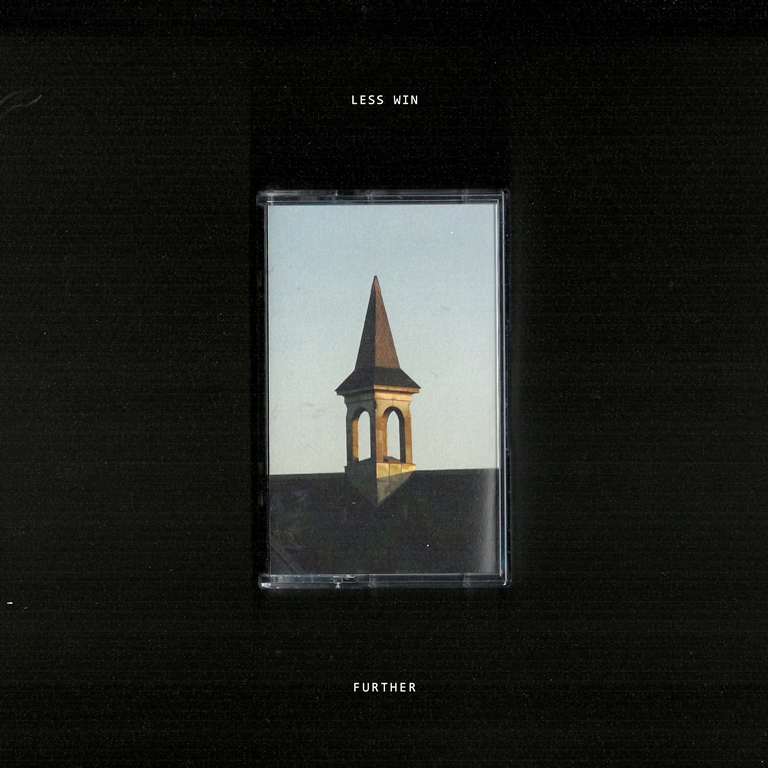 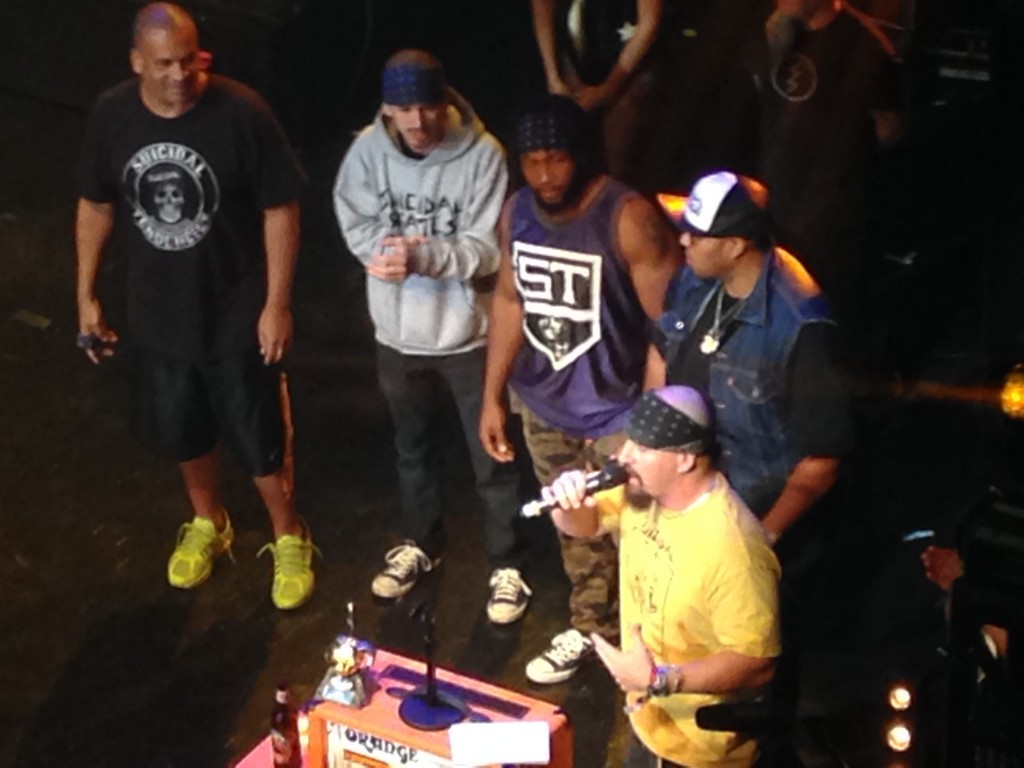 Presented by Scott Ian from Anthrax, a long-time friend and supporter of the band, Mike Muir said “I have to admit it was beyond anything that I could expect and I had an amazing time and everyone was incredible. It was very special to the band, myself and my family.” 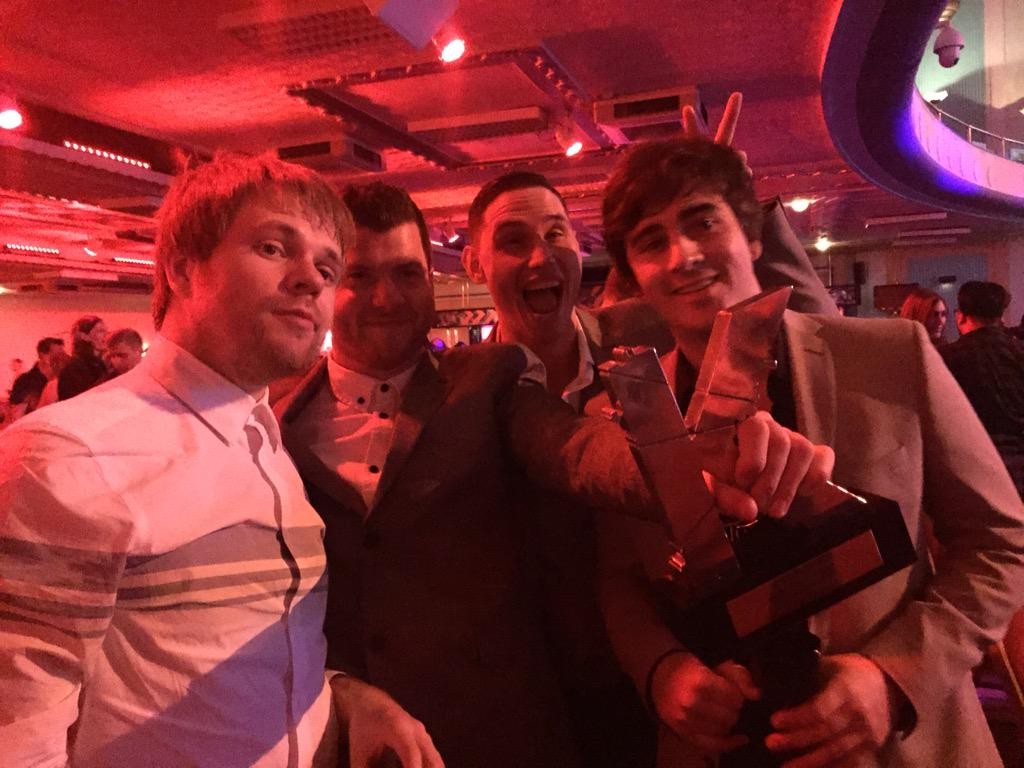 As we dust off our Kerrang! Awards hangovers this morning, Enter Shikari are waking up with a brand new shiny Kerrang! Award, winning ‘Best Single’ for this years ‘Anaesthetist’ release.

Focusing on the song’s subject matter, frontman Rou Reynolds said from the stage.

“This song is about the NHS. The reason I’m alive today. I’m sure many of us have had amazing experiences, maybe some not so many amazing experiences as well but that’s because the Tories underfund it every year without a doubt. So big up the NHS!”

The band were also up for Best British Band are presented ‘The Relentless Award’ to friends Rolo Tomassi.

February 2016 will see the band take on their biggest UK headline tour to date, headlining at London’s prestigious Alexandra Palace. 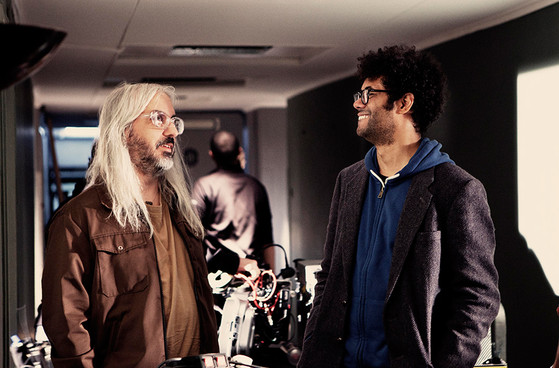 Dinosaur Jr are comedian Richard Ayoade’s favourite band. They were the first band he ever saw live and their debut album (1985’s ‘Dinosaur’) was the first album he bought. This week in the NME, Richard chats with Mascis about TV, procrastination and ear-splitting noise. Check out what they had to say here. 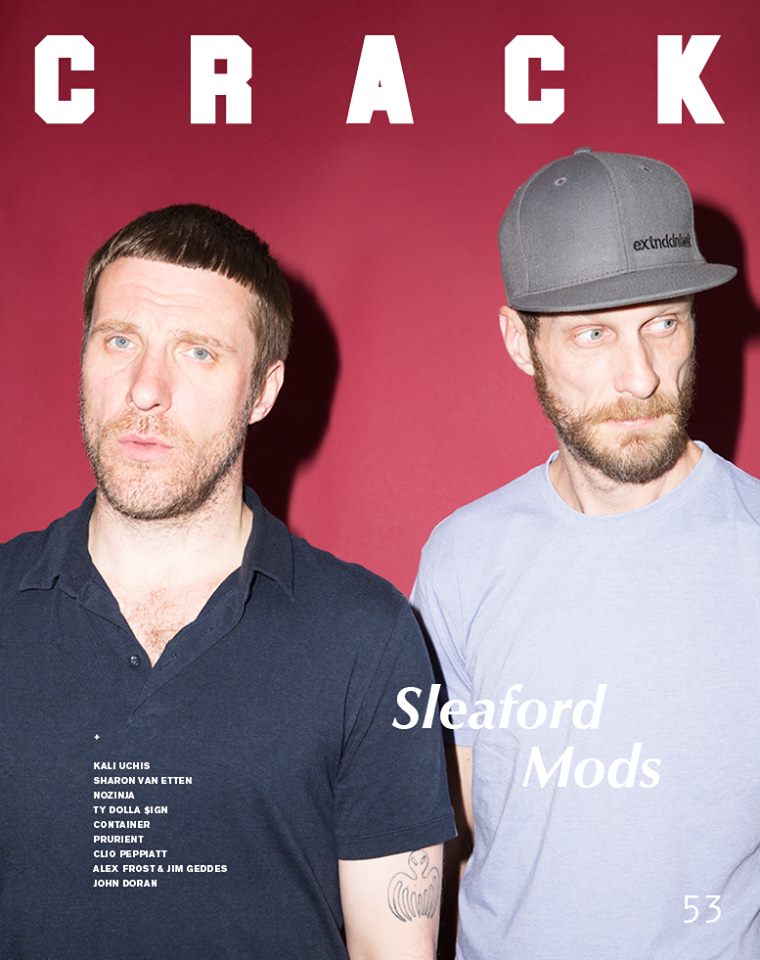 Nottingham Duo Sleaford Mods feature on the cover of Crack this month for an indepth feature on their forthcoming new album ‘Key Markets’, released July 10th through Harbinger Sound.

Tour dates for September and October have also been announced. Their first ‘posh’ tour runs as follows: 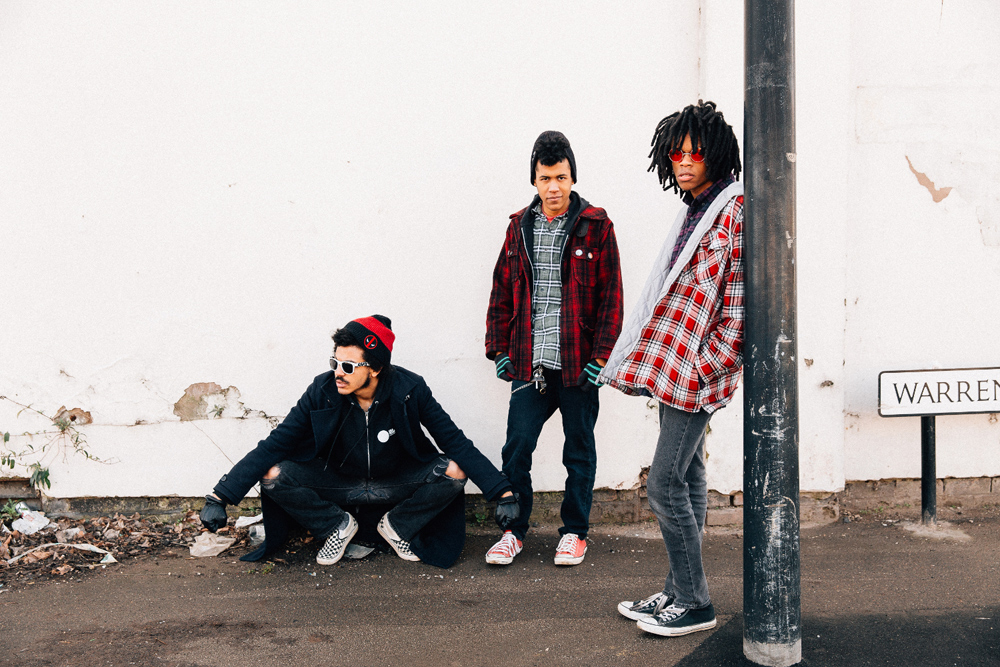 Set for release on August 21st via Little Man Records, under exclusive license to Strange Loop Records with worldwide distribution through Kobalt Label Services, the album will be available on CD, LP and download.

Recorded primarily in the UK at McCall Sound Studios in Sheffield alongside producer Ross Orton (Arctic Monkeys, The Fall, Jarvis Cocker), the album is a blistering punk opus featuring thirteen tracks that show off the band’s ability to blend stadium-sized riffs with addictive pop sensibilities.

Today you can check out the album’s title track ‘Dark Black Makeup’; a high-decibel wake up call for young people to take ownership of their own lives, a punch in the face for teen angst that is made all the more visceral coming from three musicians just barely out of their own teen years.

Visit http://smarturl.it/RadkeyiTunes to download new track ‘Dark Black Makeup’ and also ‘Parade It’ when you pre-order the album. Radkey will also be heading to the UK in August for the Reading and Leeds Festivals. 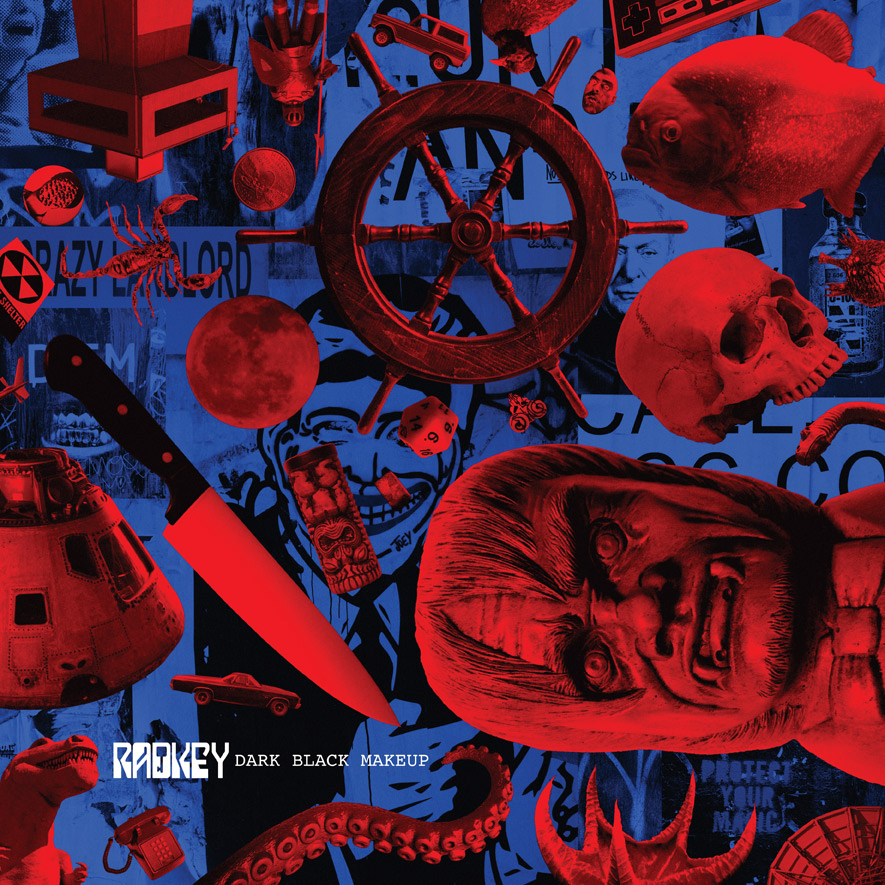 This week we welcome Alabama’s \\GT// to the Division roster ahead of their debut album Beats Misplaced, due July 31st via Communicating Vessels. Hear ‘Something’s Wrong With My Mind’, the first cut from the psychedelic power trio’s forthcoming LP, on CLASH here.

“Unrelenting and deeply powerful, \\GT// are simply more mind expanding, more visceral and more psychedelic than any other contender.” 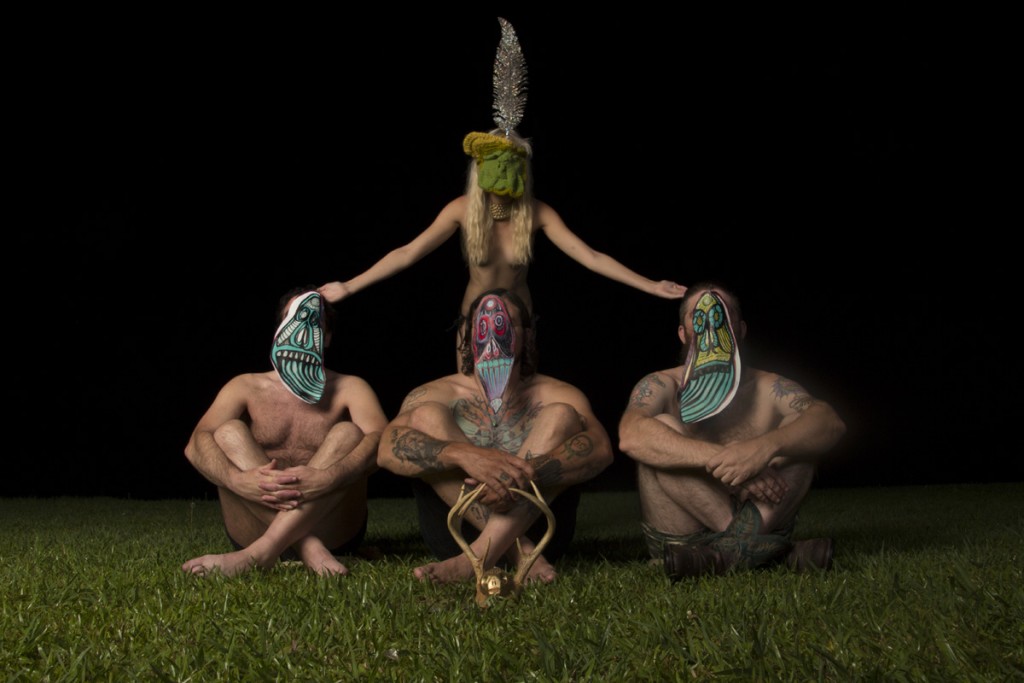